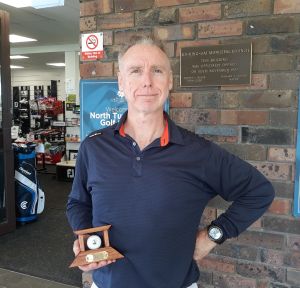 The skins event was broken into two groups today with Sujay joined by MarkT and Roy. PeterH played with Kim and PeterD.

Kim had waited until Stix was safely out of the field before making a return to Skins golf. It was a good move as he made 9 provisional skins and added one at the post match allocation.

The Nth Turramurra competition was the usual single stableford and 2BBB. The winner scored 40 points and the leading 2BBB scored 45 points.

no tee shots made it to the fairway.

Kim with a tee shot to 19 metres as measured by PeterD's rangefinder.

PeterD played two spectacular approach shots to the 6th and the 13th greens leaving putts of a few centimetres. The shot on the 6th was from the long grass high above the green.

This Rule covers free relief that is allowed from interference by animal holes, ground under repair, immovable obstructions or temporary water: These are collectively called abnormal course conditions, but each has a separate Definition.

a. When Relief Is Allowed

If the abnormal course condition is close enough to distract the player but does not meet any of these requirements, there is no interference under this Rule.

b. Relief for Ball in General Area

If a playerâs ball is in the general area and there is interference by an abnormal course condition on the course, the player may take free relief by dropping the original ball or another ball in this relief area (see Rule 14.3):

humid and mostly overcast, there was some sunshine and a few light rain showers.


Round 2: Mark Stretches His Lead 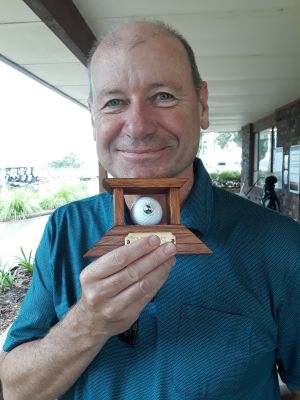 Mark is still continuing his good form! This time he hit the front on the 9th and forged ahead from there.

David made a welcome return to golf and snapped up 2 skins.

The Nth Turramurra competition was stroke play and the playing conditions returned to normal with no preferred lies on the fairway and in the bunkers. The maximum score rule was in place and set to 10. NTP was on the 15th. The winner and runner-up both scored 9 under par net.

PeterH with a tee shot of 204m just ahead of Mark with 203m. No triple crown today.

David entertained us with his persistence with the trees, especially along the 11th fairway. Mark did join in with a 100 metre rebound across the 6th fairway.

Craig usually has the 18th under control but this time his spectacular chip over the bunker to the flag somehow ran off the back.

a. Overview of Maximum Score

Maximum Score is a form of stroke play where a playerâs or sideâs score for a hole is capped at a maximum number of strokes set by the Committee, such as two times par, a fixed number or net double bogey.

The normal Rules for stroke play in Rules 1-20 apply, as modified by these specific Rules. Rule 21.2 is written for:

b. Scoring in Maximum Score

(1) Playerâs Score on Hole. A playerâs score for a hole is based on the playerâs number of strokes (including strokes made and penalty strokes), except that the player will get only the maximum score even if the actual score exceeds the maximum.

A player who does not hole out under the Rules for any reason gets the maximum score for the hole.

To help pace of play, players are encouraged to stop playing a hole when their score has reached the maximum.

The hole is completed when the player holes out, chooses not to do so or when his or her score has reached the maximum.

(2) Score Entered for Each Hole. To meet the requirements in Rule 3.3b for entering hole scores on the scorecard:

The Committee is responsible for adjusting the playerâs score to the maximum for any hole where the scorecard shows either no score or any score above the maximum and, in a handicap competition, for applying handicap strokes to the score entered for each hole.

All penalties that apply in stroke play apply in Maximum Score, except that a player who breaches any of these four Rules is not disqualified but gets the maximum score for the hole where the breach happened:

After applying any penalty strokes, the playerâs score for a hole cannot exceed the maximum score set by the Committee.


Round 1: Mark Is Still On Top 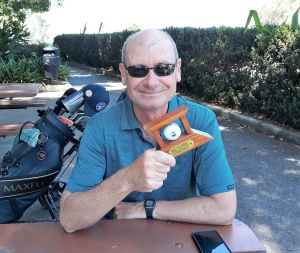 Mark continued his good 2020 skins form and proceeded to dominate round one for 2021.

There was some early optimism in the first group as provisional skins were distributed very evenly. This all changed in the wrap up.

The Nth Turramurra competition was the usual single stableford and 2BBB. The winner scored 45 points and the leading 2BBB scored 52 points.

PeterD with a tee shot to 3ccs.

PeterD chipped in on the 5th hole for a birdie from well below the green.

9.6 Ball Lifted or Moved by Outside Influence

If it is known or virtually certain that an outside influence (including another player in stroke play or another ball) lifted or moved a playerâs ball:

This applies whether or not the playerâs ball has been found.

But if it is not known or virtually certain that the ball was lifted or moved by an outside influence and the ball is lost, the player must take stroke-and-distance relief under Rule 18.2.

If the playerâs ball is played as a wrong ball by another player, that is covered by Rule 6.3c(2), not by this Rule.

Penalty for Playing Incorrectly Substituted Ball or Playing Ball from a Wrong Place in Breach of Rule 9.6: General Penalty Under Rule 6.3b or 14.7a.

Definition of Outside Influence

Any of these people or things that can affect what happens to a playerâs ball or equipment or to the course: